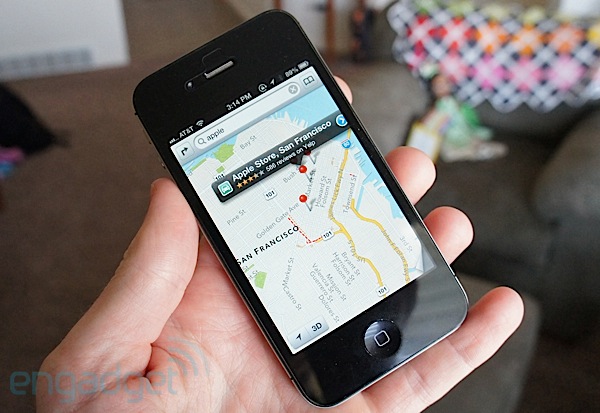 Is iOS 6 Maps for the iPhone 4S the best update ever? Will Passmore

Summary: The new iOS 6 maps on the iPhone 4S is so much better than the old Google maps that iPhones have been using! And safer!

With the new iPhone 5 coming out, the new mini iPad in production, and many other Apple products to come, it is very peculiar that Apple has provided iPhone 4S users with a massive update. Perhaps safety came into their minds (I’ll speak about that later), but financially it would make more sense to lead iPhone 4S users to go out and purchase the new iPhone 5 that just came out.

In this article I will focus on just one update that comes with the new iOS 6 implementation for the iPhone 4S. That update will be the new maps that are the usual for the GPS. If you want to find out why the new Maps are better than the old you should keep on reading!

Taken from Apple.com (see link below)

iOS 6  is available as a free software update for iPhone 4S, iPhone 4, iPhone 3GS, the new iPad, iPad 2 and iPod touch (fourth generation). Some features may not be available on all products.

With the old maps safety was a huge concern. We’ll talk about the design more specifically later on in this article, but simply put the old design was awful. It was hard to navigate, read, and honestly took your eyes away from the road for more than just a few seconds. Often when using the old maps, drivers had to rely on a passenger to tell them where to go. The old maps did not include turn by turn directions which means there was no kind woman or monotone man telling you which exit to get off.

The new maps however not only are more clear, they are actually useful! With this update, the maps become useful for more than just a kid walking down the street. Drivers can use them now to not only get to their destination quickly, but do so without even glancing at their phone for a second!

The reason that the design was a safety risk is obvious. The marker that shows you where you are overlapped more than just one street at times, and you had to zoom in to see street names. If you play with the settings it can get better, but to see if the beige box (that your position marker is next to) is actually the Walmart next to you, you had to zoom in so much that you almost couldn’t even see your destination’s path (a blue line)!

The design in the old maps was all iPhone users had and we made do. However, with the risk of accidents and confusion the new maps update with iOS 6 seems like a god given present to a suffering child.

In the new maps you can expect to have the ability of entering a destination, clicking ‘give me directions’ and then just ignoring your iPhone’s screen for your entire journey. A well spoken voice will tell you how much longer you have until you have to turn and actually recalculates your path much more efficiently if you skip over one of their instructions.

Turn by turn navigation, as well as the dismissal of Google Maps not only allows us to love the new update, but look forward to more flexibility when it comes to Apple’s improvement of the maps.  Apple no longer has to rely on Google to update their maps, build upon their software, and sort out negotiations and deals with them. We can reasonably expect that maps will advance further and be fully integrated with the rest of the iPhone.

So. I spoke about the old maps requiring us to zoom in dangerously just to figure out which street we are on. Now with the update we can actually see all of the important street names in a much clearer fashion. The layout is simplified so the text is easy to read, and you can clearly see what street you are on. Furthermore, when I am on a sidewalk I can actually notice my position marker being in a different place than if I am 5 feet to the side on the actual street. This is something I did not experience whatsoever with the old maps. Along with that, the new maps update quickly. With the old maps from Google, it was quite common to think you are on a street just to find out you are actually 500 yards to the left in about 5 seconds. This was disastrous because it threw me off my course, forced me to ride my bike up a hill I was actually not even supposed to go down, and destroyed all reliability. With faster updates, regardless of my connection, I can be assured that by following my iPhone 4S’s maps I will arrive at my destination on time. Also, not having to realize that my maps have gotten me off course and thus force me to do a quick turn around I am actually able to drive much more safely.

One small bug that I found was just now actually. I am sitting at Starbucks and decided to see what the maps would tell me if I wanted to go to Starbucks. Instead of telling me to stay put it gave me the destination to another Starbucks about half a mile away. I was hoping it would tell me to remain where I am as I am in Starbucks. I guess it will be a while until Siri’s knowledge improves so she can take over for the computer ran maps.

Oh well. Overall though the maps part of the update for the iPhone 4S receives a solid 5/5 from me. If you are thinking about investing in a GPS…don’t do it! Simply head to the store and buy an iPhone 4S, or an iPhone 5. Then get a mount or a stand for your car, so you can put your iPhone there. Select maps and enter your destination. You’ll have a GPS and a phone for the price of one! If you have an iPhone 4S or iPhone 5 already then start using maps if you don’t already!

If you still aren’t convinced then head to the Apple link below for more information on the new updates! The link below will not only tell you more about every specific update, but it will also give you a download link so you can actually implement the updates if you haven’t already! If you want to quickly update though, just connect your iPhone 4S to your computer (note: I know this works on a Mac, but I am not sure about Windows computers yet. Stay posted for a guide on how to update your iPhone 4S for Windows users if it ends up looking much more difficult than it is on a Mac).

How to gift an iPhone or iPad application → 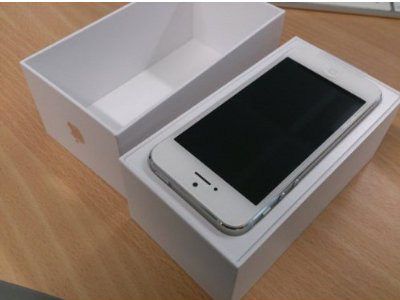 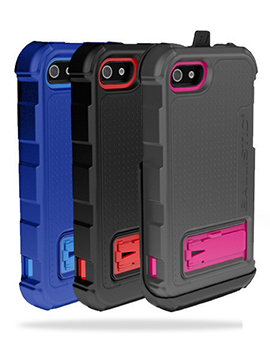